*** ON VACATION UNTIL JUNE 28TH (NO ORDERS SHIPPED DURING THIS TIME) 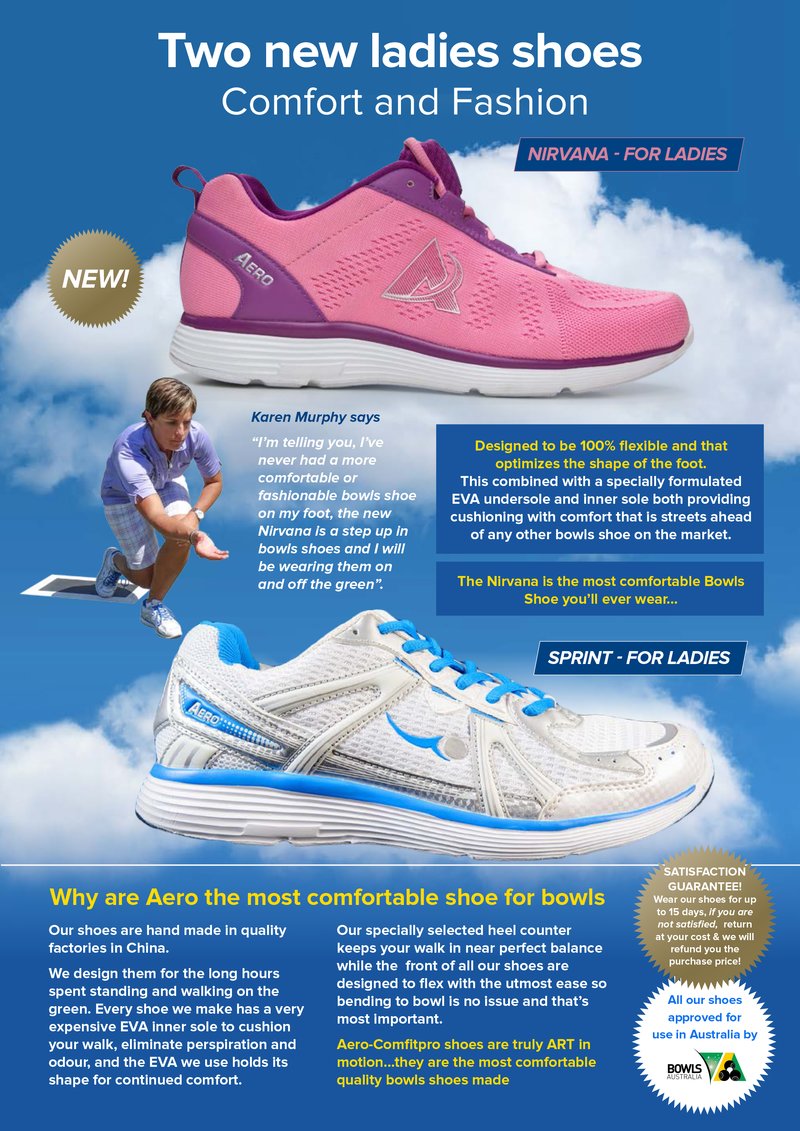 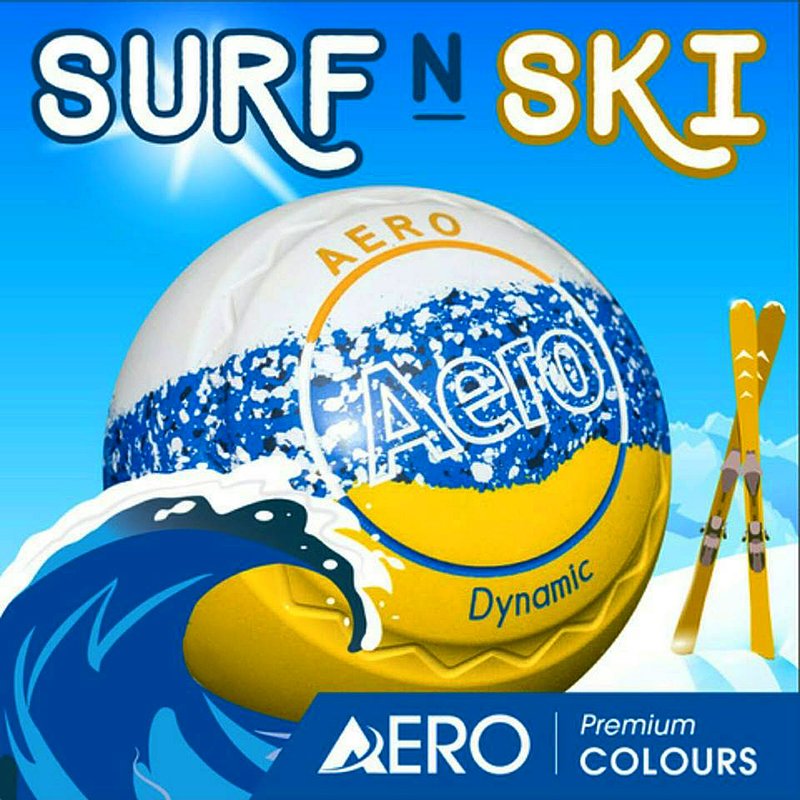 The newest color combination from Aero! 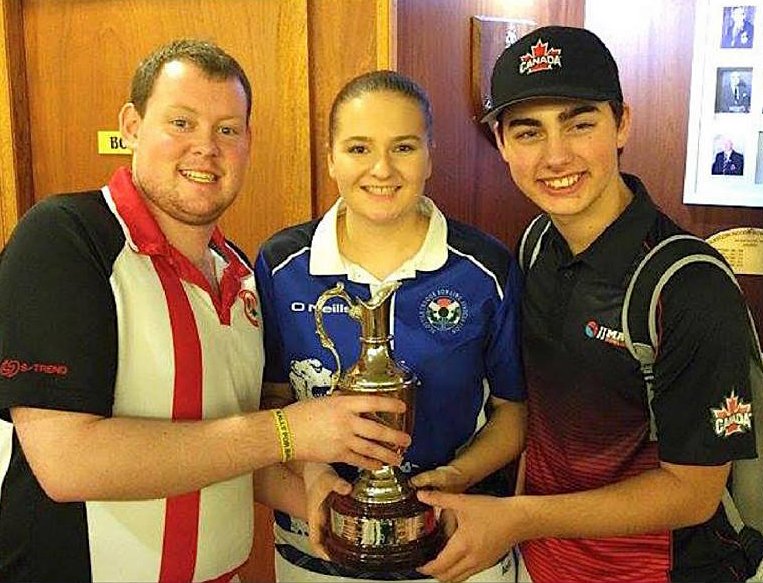 16 year old Canadian bowling prodigy Erik Galipeau (pictured at right) recently won the World Indoor Bowls Council Under 25 Championships in Glasgow, Scotland.  Erik participated in the singles and mixed triples event, where he was teamed up with Dominic McVittie from England and Rebecca Houston, from Scotland. The three teammates played flawlessly throughout the competition, remaining undefeated and ending the finals with a convincing straight set to bring home a world championship to Canada. Erik was using an Aero Revolution with the dentations (dimples) grip.

Paul was using the Aero GrooVe 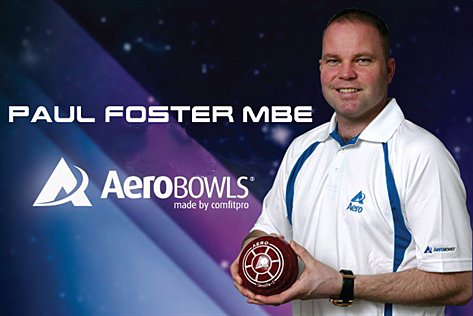 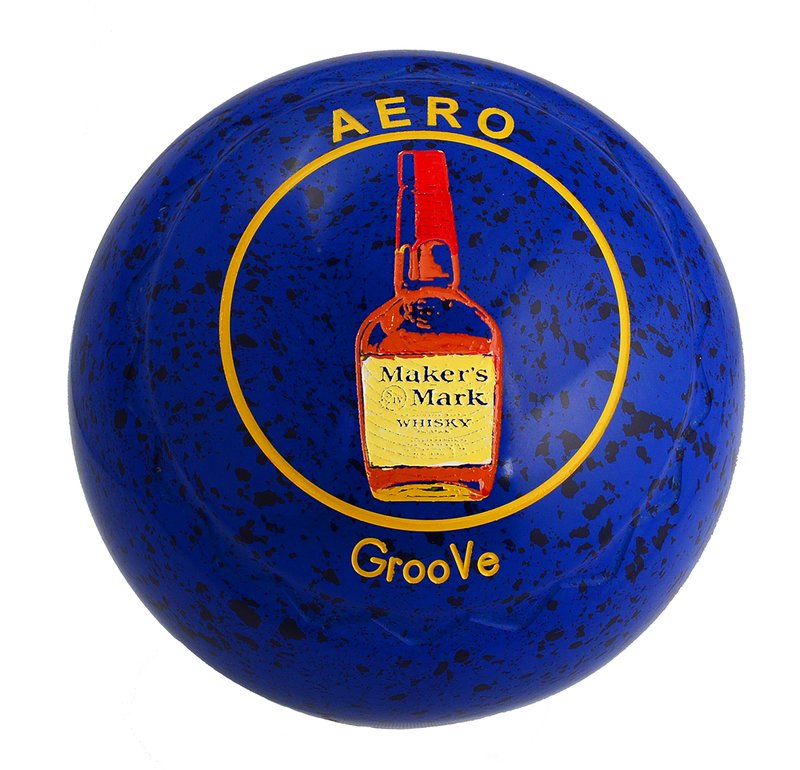 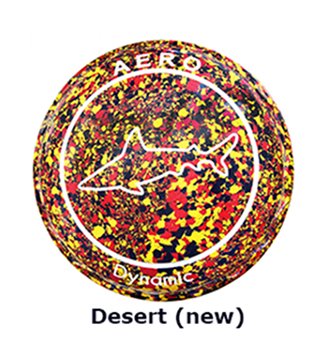 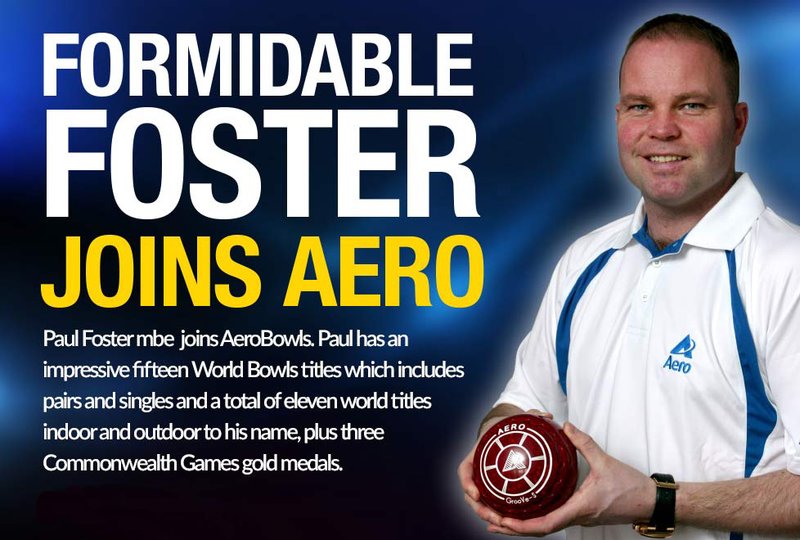 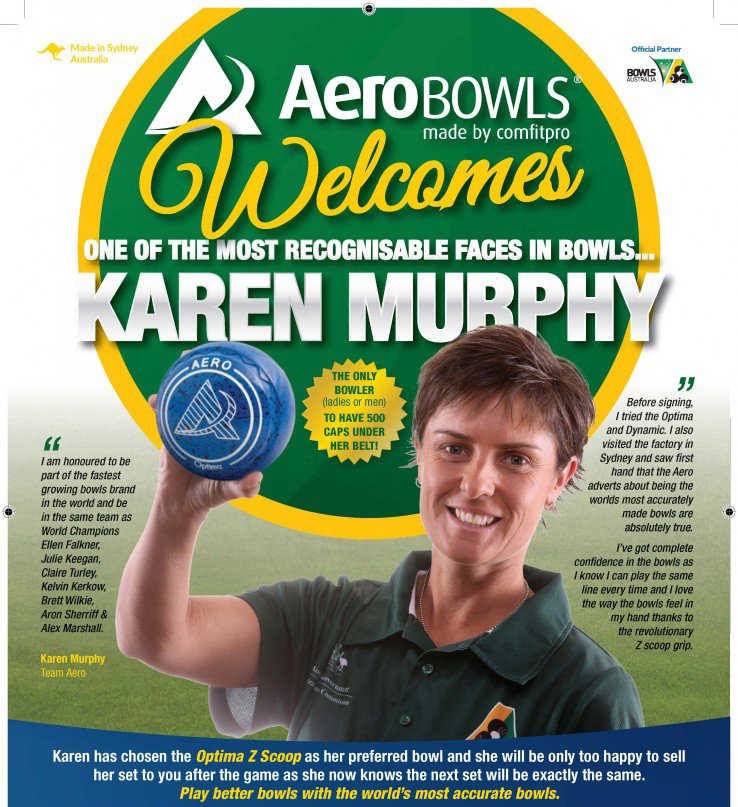 You’ve recently made the decision to join Team Aero. What’s been the reason for this change?

I’ve had a long standing and successful relationship with Taylor Bowls but the time was right for me to make a change. I’m a player who strives to continually improve my game so after having played with and against Aero players, I was becoming more and more intrigued about the bowls and if they would enhance my play. I’ve made many changes over the years such as developing my fitness, introducing different types of practice, so it’s crazy to think why wouldn’t I change my bowls if there is a more accurate bowl available.

So what happened when you tried the bowls?

I loved them. My first bowl was a toucher! The initial thing that drew me to the bowls was the way they felt in my hand. The scoop grip is awesome. The bowl sits in my hand perfectly, meaning a smooth release every time. I also found that the line of an AeroBowl is a much more consistent, predictable line and weight is easier to play too as they hold the line longer.

And is it as the marketing material says, same line every time?

I’ve got to be honest I was very skeptical about this but now I’ve played with the bowls, I can hand on heart say its true. And having visited the factory to see how they are made, and the accuracy of the process, I can see why Aero are the only brand to guarantee that every set in a model is the same. This is a huge plus.

In a latest advert, it says you would sell your bowls after matches. Is this correct and have you done this before?

Yes I will and the only reason is because I now know I can get another set exactly the same. And no I haven’t done this before.

Apart from the bowls, are there any other differences?

Yes, a few actually. The shoes are so comfy and provide great support, which is really important when you’re on the green for hours on end.  And the bags are awesome quality.

So was there any other reason you joined Aero?

It’s great to be part of a brand that’s growing so rapidly, who are reinvesting in the game and are constantly coming out with new things.

Finally what lies ahead for you now?

As one of Aero’s sponsored players, I’ll be doing a number of demo days, working with and meeting bowlers around the country which is something I love doing. I’ll be on hand to help with their game as well as give them advice and guidance on the right Aero model, size and grip for them. 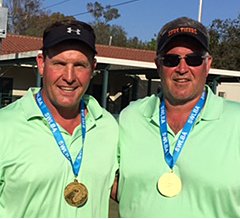 Alice Birkinshaw was the Women's Singles Winner and Women's Bowler of the Tournament for the South Central Division Championships. Alice was using the Aero Optima. 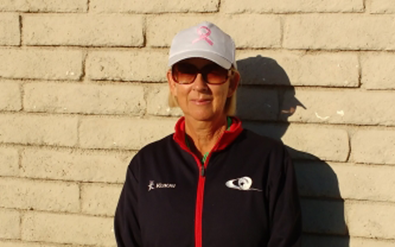 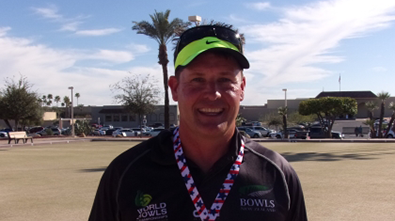 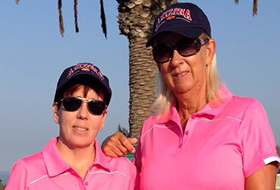 Congratulations to Scott Roberts and Tony Baer for winning the Cary - MacDonald tournament at Long Beach. Tony was using an Aero Defiance. The amazing thing about this story is the fact that I just delivered this set of Defiance bowls at the tournament, which was ordered by Tony to use on carpet for another upcoming tournament. The only practice Tony had with these was the two-bowl trial ends. Scott and Tony ran away with the tournament. 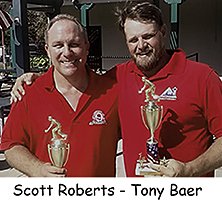 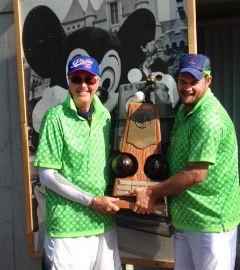 Congratulations to Tony Baer and Phil Dunn, champions in the recent 2016 P.B.A. qualifier at Sun City, AZ. Tony won both the singles and pairs (with partner Phil). Tony was using the Aero Revolution, and Phil was using the Aero GrooVe. Both players will represent the U.S.A. in the world championships at Potters in the U.K. Both players were also wearing Aero Sprint lawn bowl shoes.


Note: the two runner-ups in both singles and pairs were also using Aero Bowls, and wearing Aero shoes. 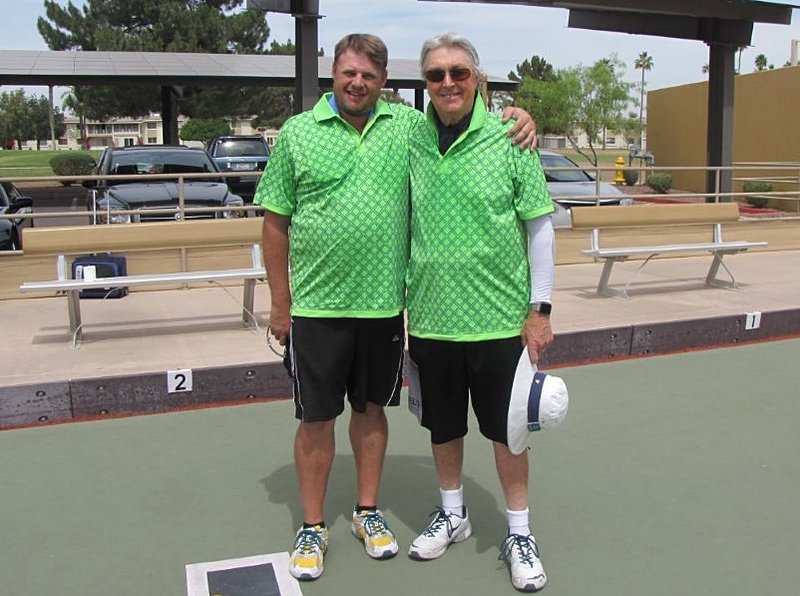 Congratulations to Ron Rollick and Sharon Perry for winning the U.S. South Central Division Singles Playdowns.  Both will represent to SCD in the 2016 U.S. National Championships. Both champions were using Aero bowls. Ron used the Aero GrooVe and Sharon used the Aero Revolution. Runner-up in the men's playdowns was Bob Perry, who was using the Aero Defiance. 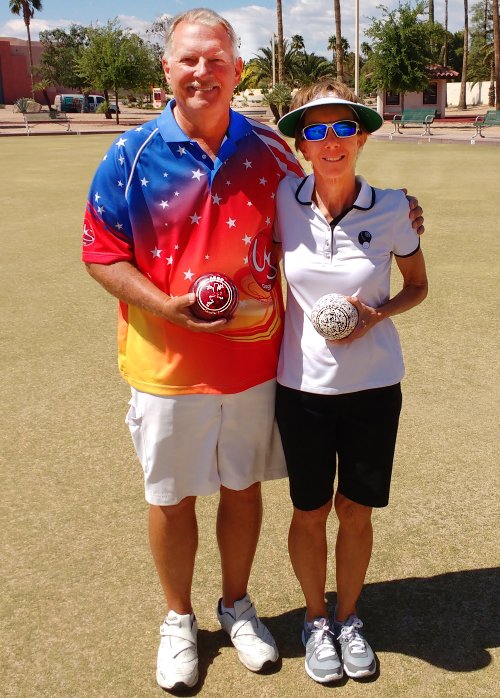 Congratulations to the all Aero team of Ray Woods, Brett Wilkie, and Aron Sheriff for winning the Six-nation triples gold in New Zealand. 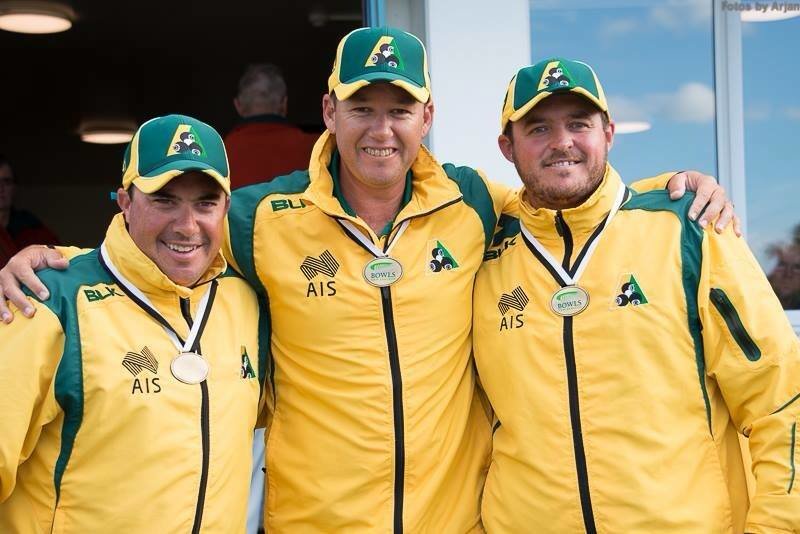 Congratulations to Ellen Falkner CEO of Aero UK for winning the 2016 World Singles Championship for the third time! 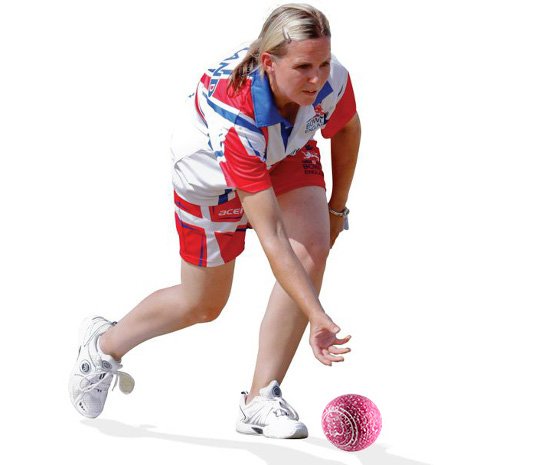 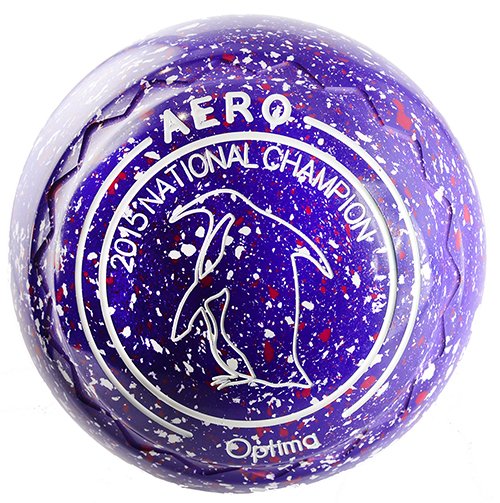 Congratulations to Bob Perry, Bob Birkinshaw, and Bill DesBrisay for winning the Arizona Senior Triples Championship. All were using Aero bowls! Bob Perry is also the Aero sub-rep for Arizona. 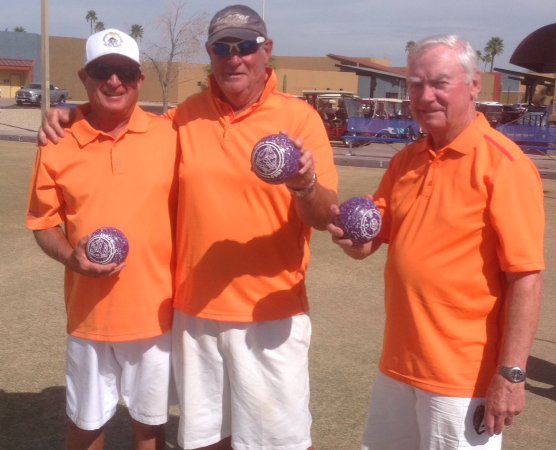 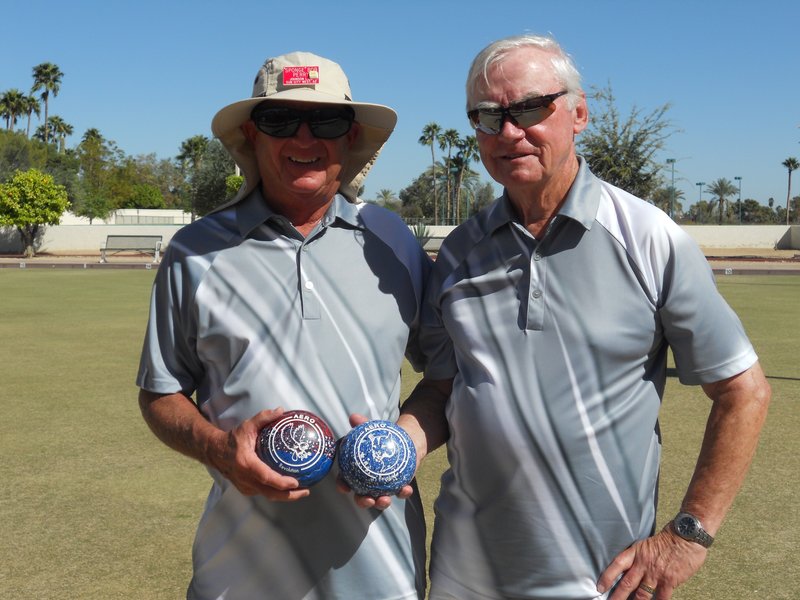 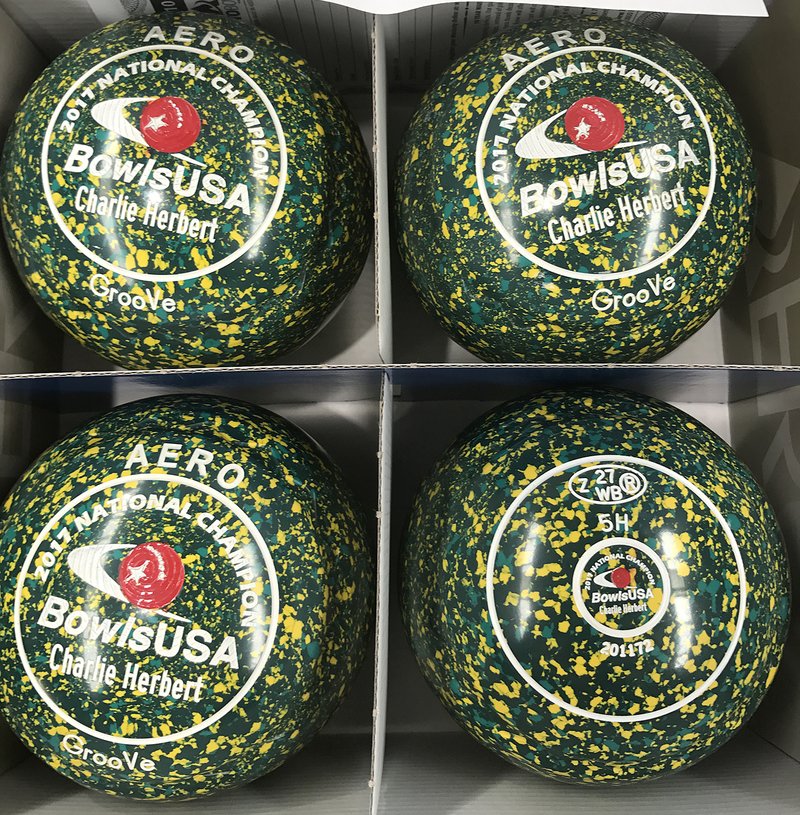